At the age of 24, after completing her studies in Rome, she traveled to India in search of a spiritual master.
For many years she followed eminent Tibetan Buddhist masters including Kalu Rinpoche and the Dalai Lama, practicing their teachings in Tibetan monasteries in the Himalayas.

She was attracted to natural healing arts such as Tibetan medicine and Reiki, which she studied and taught in many locations in the United States and Europe. In her journeys throughout India in the search of her teacher, she came into direct contact with enlightened beings like Sri J. Krishnamurti, Annamalai Swami, Yogi Ram Surat Kumar and others.

Finally, in 1991 she met her Master: Sri H.W.L. Poonjaji (Papaji), a direct disciple of the great sage Sri Ramana Maharshi.

Papaji invited her to live in his residence in Lucknow, where her heart overflowed with light. The beauty blossoming within her earned her the name Neeraja, meaning “blue lotus,” one who remains undisturbed, unconcerned, unperturbed, aloof.

Out of gratitude for the immense grace received, she then gave years of service in her Master’s home, always in close contact with Papaji.

Speaking of her, Papaji once said: “She will bring happiness to the world.”

In 1997, following the passing of her Master, Neeraja returned to the West.

Her love for all living beings, the peace and serenity that her presence inspires, and her innate tendency to share joy, naturally and spontaneously, led her to the path of spiritual teaching. She has since dedicated herself to this calling unreservedly and with intense devotion.

She founded the Sri Papaji Center and is currently focusing on giving satsangs and offering meditation courses, spiritual retreats, and seminars on all levels of Reiki. 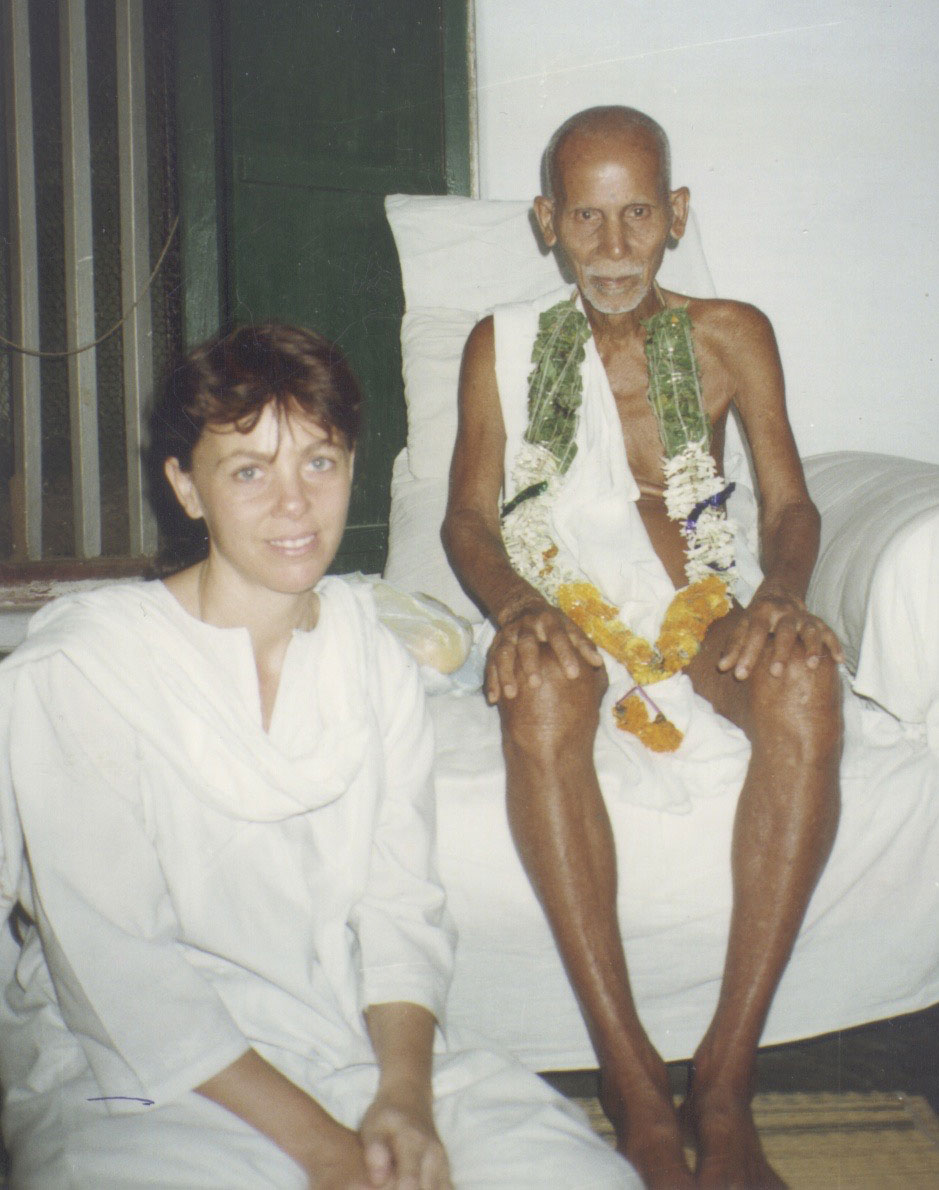 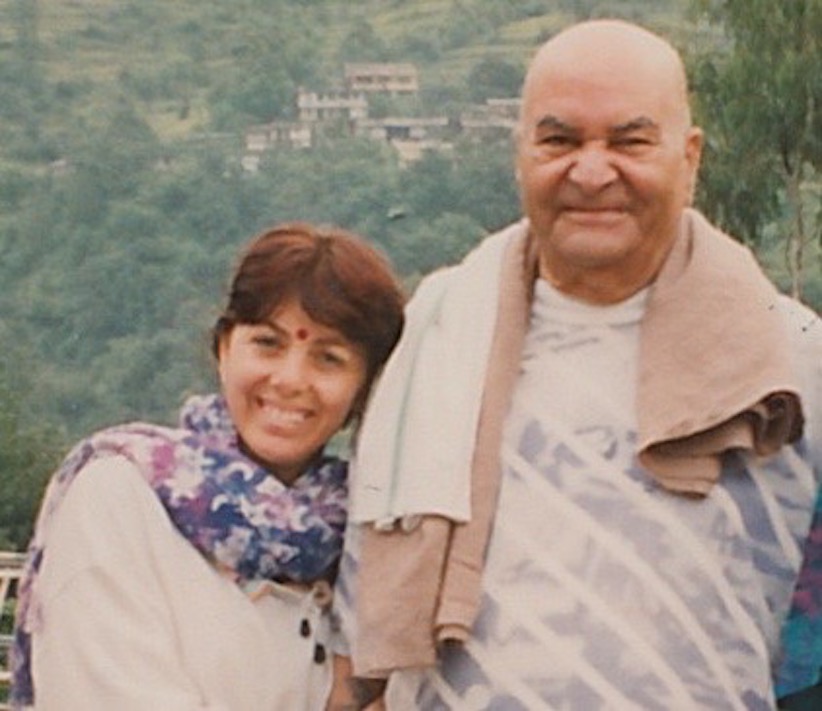 Speaking of her, Papaji once said:

“She will bring happiness to the world.” 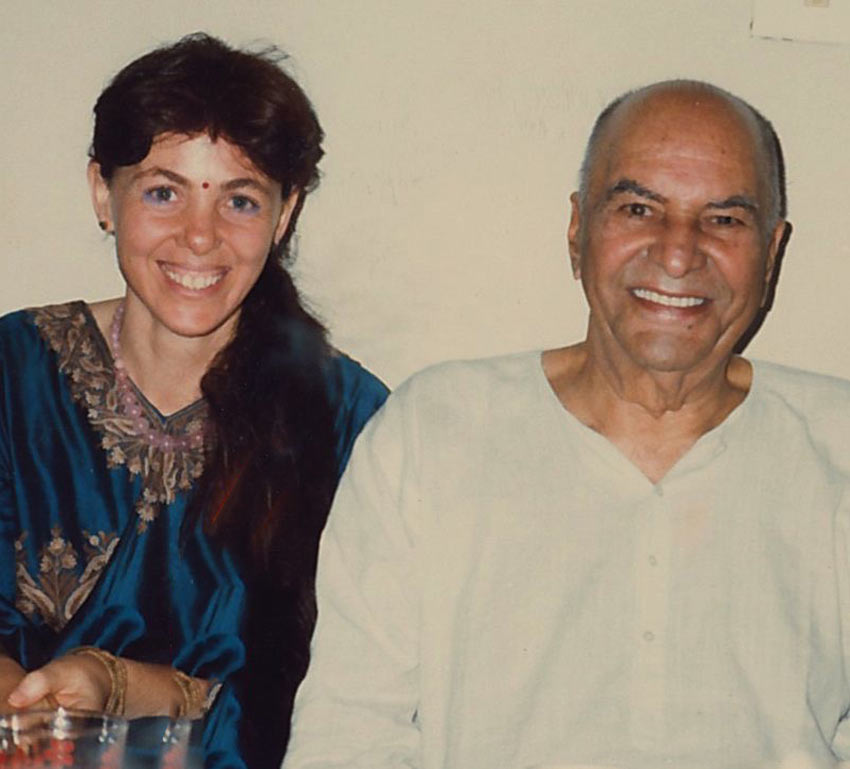 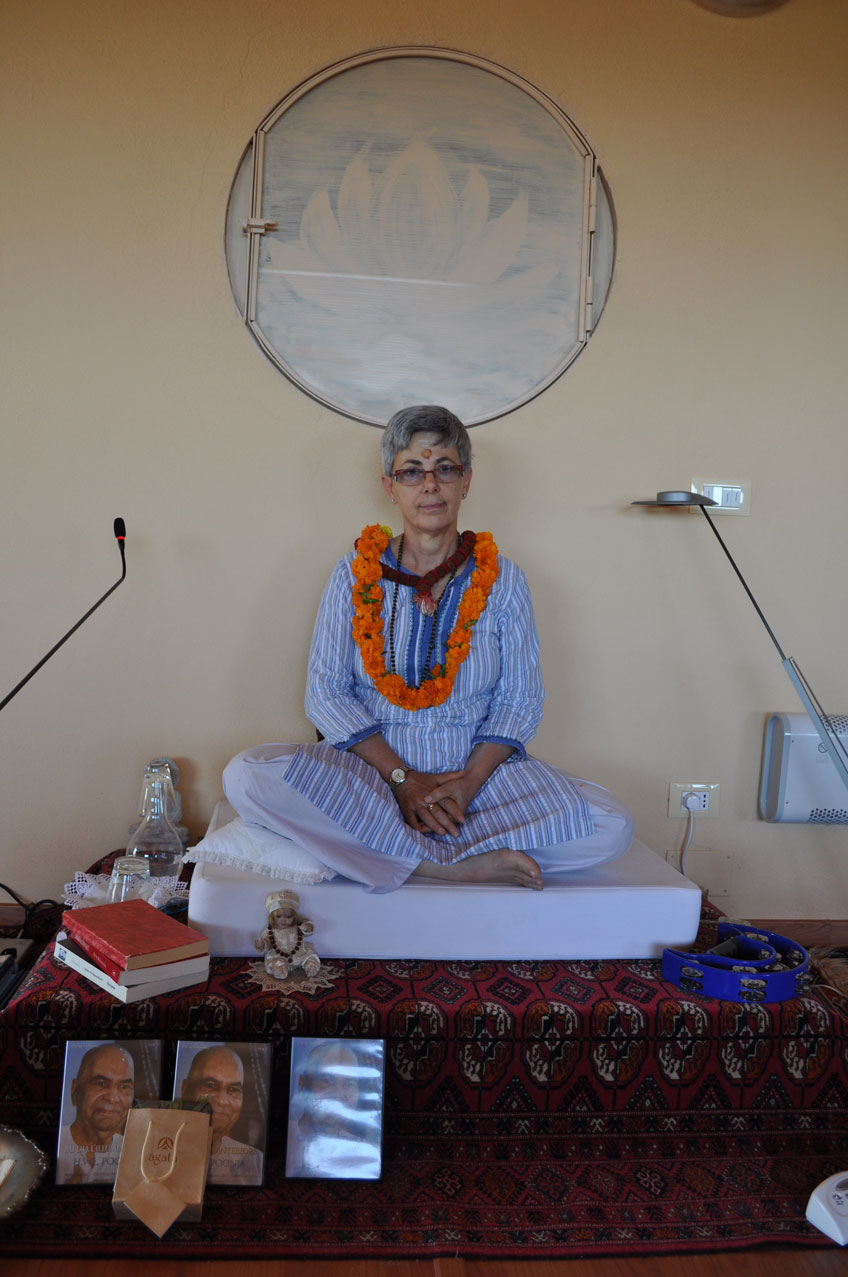 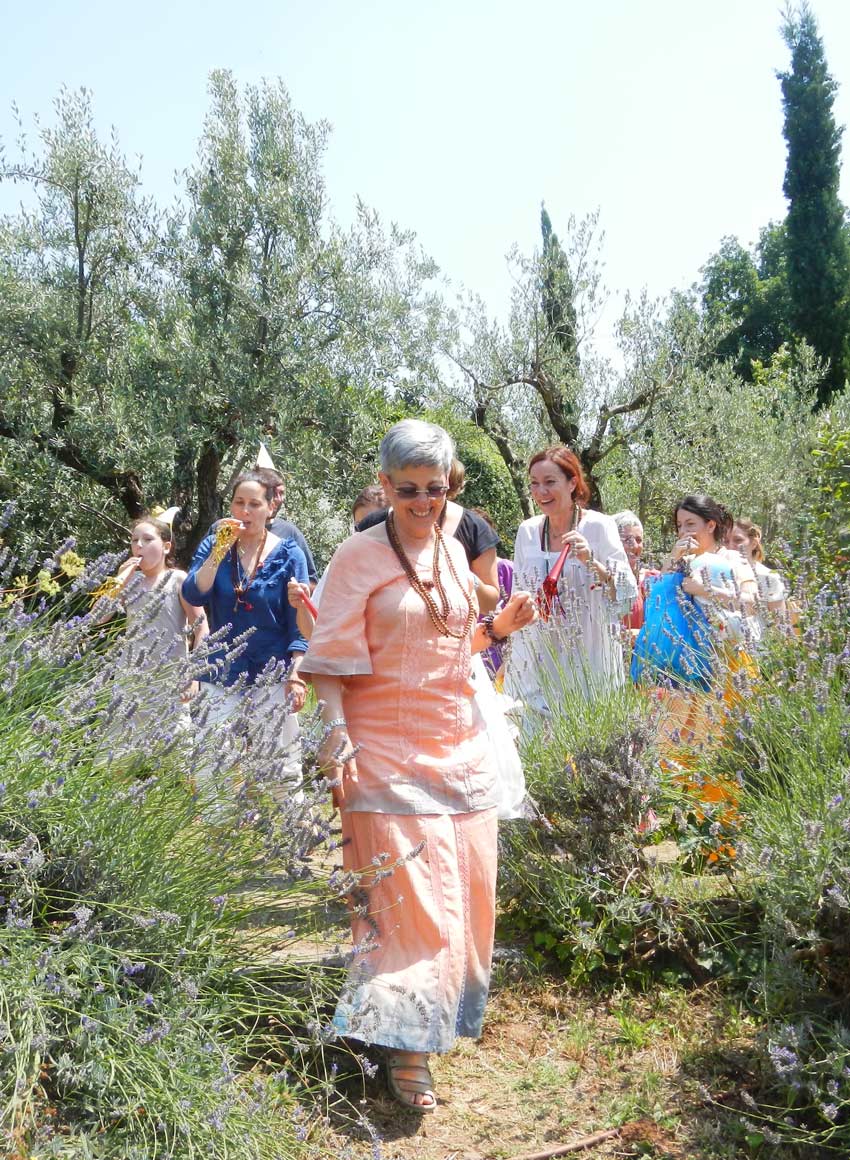 The dawn of my life begins…

As a teenager, my search manifested in the form of a thirst for books on Zen and Tao that captivated my heart and mind. I spent entire years chasing after something indefinite and yet always present, something evasive, elusive, and evanescent… It was a pursuit that catapulted me to every corner of the globe, immersing me in infinite dimensions of life.

One day it all came to an end… the dawn of my life started right there, in Papaji’s room. He asked me: “Why have you come?” And I answered: “To find enlightenment, Papaji.” The Master instantly crushed any pursuit of accomplishment, annihilating the source from which all seeking springs: time itself.

All that was left, were his deep, penetrating eyes, and all it took was a quick glance, direct and incredibly intimate, to strike the origin of every concept.
In that split second, time and everything within it crumbled. The act of seeking, which feeds on time, had been destroyed.
What remained was the eternal moment in which nothing happens apart from luminous radiance, emptiness.

It was a true rebirth, in which everything existing prior to that moment was no more. Everything changed: thoughts, words, and actions, even my body, all the protective shields I had nurtured for so long, simply dissolved, and memory itself remained something remote, almost inaccessible to the will to even activate it.

I wrote a letter to my brother: “Dear brother, your sister is dead. What remains is pure light. I love you!”

Two devotees of Papaji were present in that room when the dream of “me” died. But although they were there, they were oblivious to the act of grace that had decimated any sense of separate existence.

Papaji he asked me: “Where were you?” I heard my voice respond: “I was lost!” And the Master roared! It was a full laugh, cosmic, all-embracing, and seductive, devouring every last shred of time. My own voice started to roar, and while I laughed and laughed I saw the surprised and incredulous looks of the two devotees. In that moment a strong and direct force emanated, inviting them to the divine banquet, and they too started to laugh uncontrollably.

Papaji’s voice commented: “She will bring happiness to the world.” In that moment, his comment didn’t register. All “systems” were down: there was no file, no program, no software…

But that comment, that message, was transmitted like an order, a divine command. How could anyone escape it?

“She will bring happiness to the world” – the words echoed in the depths of my being and remained there. What followed were years of immersion in timelessness, in the Master’s grace, in his divine abode.

When Papaji abandoned his earthly body, I found myself facing the world once again.

Gone was the wish to hold on the beautiful, and gone the wish to push away the ugly. What remained was emptiness, an immense emptiness, emptiness immersed in silence, and waves of joy that radiated majestically, taking by surprise anyone who came into contact with the experience.

Encounters with eternity followed for many, and their hearts blossomed as they flowed toward that emptiness. Otherwise conflicting planets aligned, manifesting that divine order pronounced by the Master, that seed buried in the depths:

“She will bring happiness to the world.”

The Center was born from this, the Center of Papaji, my marvelous Master to whom I owe everything, from whom everything appears, remains, and dissolves.

There is and was no choice but to foster the growth of that seed, nurture it with perseverance, discipline, patience, and surrender with the immense love that is Papaji…

My profound gratitude to Papaji, who gave me birth as light, is the will imbued with peace and love to invite all those who can open up to this immense grace to partake of the divine banquet.

Thank you, Master. I love you!